About Lavender: Pruning and Culinary Tips 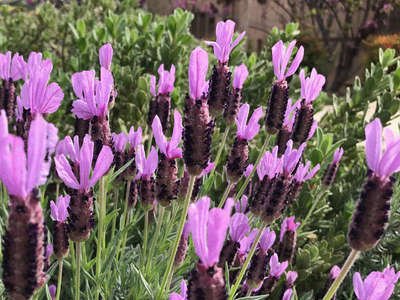 Pruning Lavender
It’s important to prune your lavender, but when and how much you prune will depend on the variety of the lavender.

English Lavender should be trimmed to remove the spent flowers to encourage a second, and maybe even a third, bloom. Pruning should happen in late summer (August). When pruning, cut back up to two-thirds of the current height without cutting into the woody part.

English Lavender Hybrids should be pruned in late August after blooming is finished. Cut back about one-half of the plant height without cutting into the woody part, and then trim into a tidy mound.

French, Spanish and other non-English Lavenders need to be trimmed after the first flowers fade. Do not prune back as heavily as recommended for English lavender. Deadhead for the remainder of the season and shape into a mound in late summer. 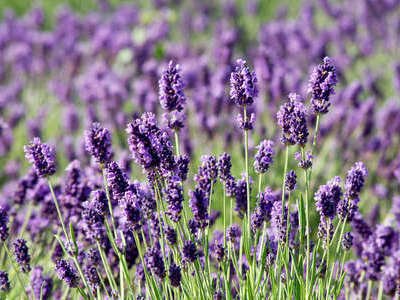 Culinary Uses
Besides looking beautiful, there are some lavender varieties that you can use in the kitchen. Most common for culinary purposes are English varieties (Lavandula angustifolia, Lavandula officinalis and Lavandula vera).

When growing lavender for culinary purposes, be sure to only use organic fertilizers—and never use pesticides.
Filed in:Deer-Resistant Plants,Edibles,Pollinators,Pruning,Waterwise

Added to your cart: